Imagine Gmail running on a single computer and processing the emails for everyone on the globe. How many total users do you think it could handle? Probably a few thousands. But the globe has billions of people.

The same applies to blockchains. We are in the stage where an Ethereum node has to mirror the whole database of past transactions and to process every single future transaction. It is obvious that mass adoption is not possible with such offer.

Databases had the same problem and software architects came with sharding, a horizontal partition of data where each shard is held on a separate database server instance, to spread load. The same solution can be applied for blockchains. Zilliqa already has a working testnet and Ethereum is implementing one.

QuarkChain is a new blockchain that utilizes sharding to create a highly scalable and secure platform to handle up to one million transactions per second. QuarkChain supports smart contracts with the use of Ethereum Virtual Machine - EVM. 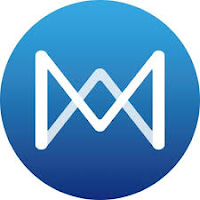 With an experienced and strong team Quarkchain is an ambitious project that enters the high scalability blockchain arena. May the best ideas prevail!
Posted by Ana Aman at 3:10 AM 1 comment: Links to this post